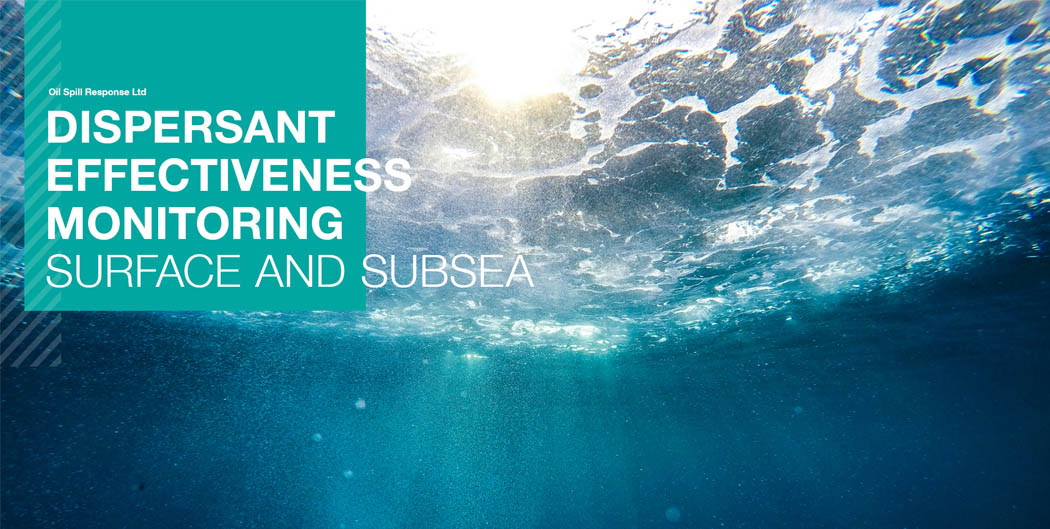 This seminar was presented by OSRL Dispersant Core Group composed of Ken Church; Deputy Aberdeen Manager, Bethany Graves; Aberdeen representative and Dr. Rob Holland; Development & Assurance Lead.
Ken Church started with video on oil spill dispersants showing the composition and behaviour of dispersants and how they work; when in contact with the oil slick. He presented the subsea dispersants application highlighting that they can be used in most weather conditions. He gave an overview on the monitoring techniques of dispersants based on field “Shaky Bottle” Test to evaluate their effectiveness.

Bethany Graves introduced the Special Monitoring of Applied Response Technologies (SMART) protocol developed by USCG and NOAA in 1997 and updated on 2006. She underlined that the SMART protocol has been designed for used within an incident command to assist decision making. She also presented the SMART Tiers explaining that Tier 1 is dedicated to visual inspection, Tier 2 to single depth monitoring and Tier 3 to multiple depth monitoring. She then showed some photos illustrating Tier 1 monitoring techniques based on visual inspection and describing the effective and ineffective use of dispersants. She concluded by presenting a Log; detailing the visual dispersant monitoring observer.

Ken Church described the fluorometry analytical technique used for Tier 2 single depth monitoring to detect the fluorescence intensity of oil particles in water. He provided an overview on the fluorometry instrument (C3), highlighting its benefits such as lightweight, lower power requirements, ease of set up and use as well as providing real time results. He presented the Tier 3 monitoring techniques; which consists of monitoring the water column and sampling at multi depths. He explained the objectives of Subsea Dispersant Injection (SSDI); which are to reduce aerial Volatil Organic Compounds (VOCs), to prevent and reduce the potential for floating oil to impact sensitive environmental resources and to optimize the potential for microbial biodegradation by decreasing oil droplet size. Ken Church concluded by explaining the three SSDI monitoring phases: The first phase is designed to confirm the effectiveness of the dispersant near the discharge point, the second phase is devoted to the characterization of dispersed oil concentrations at depths in water column and the third phase is dedicated to detailed chemical characterization of water samples such as : Conductivity, Temperature, Salinity with depth, Dissolved oxygen O2, Turbidity and Laser In Situ Scanning and Transmissometry “LISST”.

Dr. Rob Holland delivered a presentation titled “”Developing Technologies”. He introduced the Autonomous Underwater Vehicles (AUVs) and their applications. He stated that AUVs can be mobilized rapidly and can be operational soon after spill events have been identified, communicating near real-time information to a secure web-portal. He highlighted the AUVs potential roles in support of dispersant operations; able to detect hydrocarbons and also to measure conductivity, temperature, depth and current. He concluded with an overview on OSRL’S AUV capability-Blue Ocean Monitoring Ltd Call-Off Agreement.