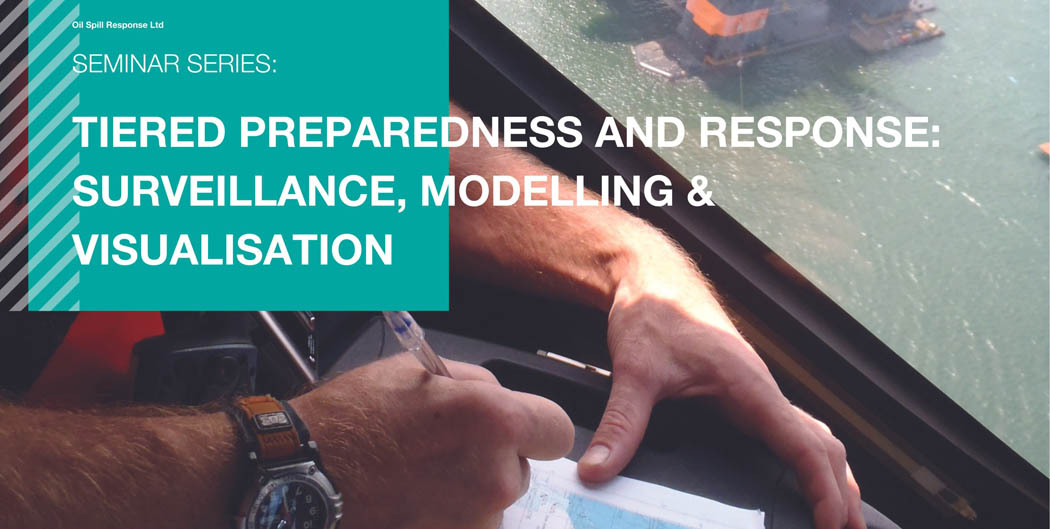 Simon McCosh started by presenting the capabilities of tiered preparedness and response related to surveillance, modelling and visualisation. He then talked a little bit about surveillance highlighting that it can be considered as strategy and can help in the detection of local oil spills.

On the other hand, Simon McCosh exposed the main aims of the surveillance missions which are to reduce false positives, to confirm oil or not oil at sea and source of spill if required, to locate at the slicks and accurately describe the slicks appearance, volume and trajectory. In addition, the surveillance provides an accurate situational awareness to the Incident Management Team (IMT) and regulators, allowing decision making and ensures the effective use of response resources.

Simon McCosh explained the offshore and shoreline applications of the Unnamed Aerial Vehicles (UVAs). For the Offshore application, he noted that the UVAs can monitor the effectiveness of response operations and can be used in salvage and offshore installation support. Regarding the shoreline application, he underlined that the UVAs can support SCAT shoreline assessments and segmentation in remote areas or locations that are unsafe or inaccessible, identify where to place protection/containment booms as well as wildlife surveying.

Simon McCosh also explained the UVAs advantages highlighting that it’s a quick and efficient method of obtaining site-specific and lower level vertical photography (20-30 m) as well as offer high resolution imagery at a lower altitude compared to manned aircraft. For the disadvantages, he underlined that UVAs have limit battery duration. He concluded that the future developments will focus on the areas of increased accessibility to larger UVAs as costs reduce and legislation allows greater flexibility of use as well as the investigating access to aircraft with greater range of gas sensors.

Simon Blaen started by presenting the oil spill modeling applications related to preparedness and response. For response modelling, he underlined that it requires knowledge of weather forecast (wind and current) and spill details. Regarding the preparedness modelling, he noted that the model used is stochastic and probabilistic comprising many trajectories. In addition, he explained that the preparedness modeling needs detailed analysis and statistics as well as the insertion of the historic data of wind and current.

Simon Blaen concluded by presenting the Surveillance, Modelling and Visualisation (SMV) process highlighting that it can improve situational awareness and helps achieve a better decision making.